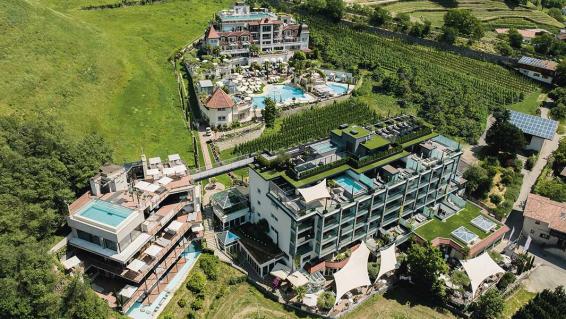 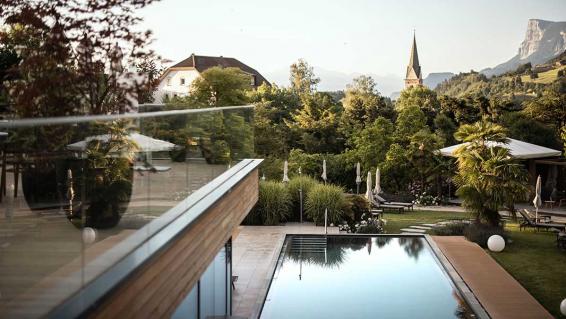 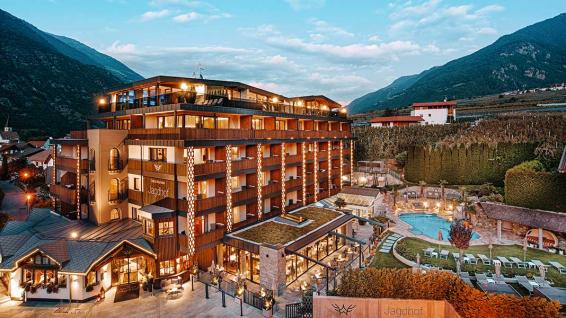 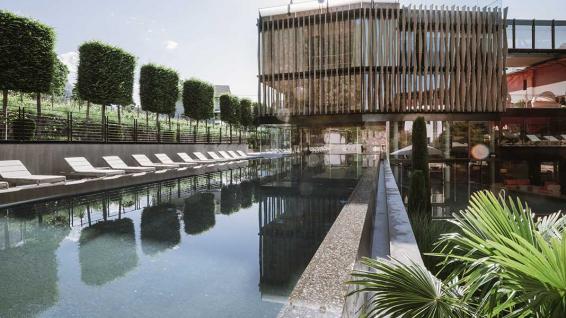 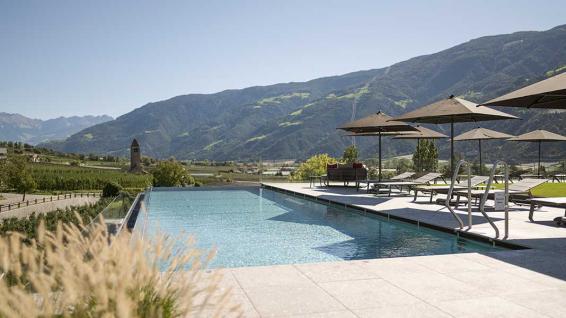 South Tyrolean speck – tradition and history Speck Alto Adige Consortium – quality comes first Founded with the aim of safeguarding the quality of Speck Alto Adige PGI – we have 100% confidence. At Dolce Vita, total holiday satisfaction comes first. That’s why we are also very selective in the products we choose in preparing our gourmet menus and dishes. You can blindly trust us here, and we trust the Speck Alto Adige Consortium whose primary goal is to ensure the quality of South Tyrolean Speck PGI. As we have already said, we are always on the lookout for regional quality and are proud of our collaboration with the consortium.

A protection association since 1992! Initially, only 17 producers founded the Speck Alto Adige Consortium at the Chamber of Commerce in Bolzano. In 1996, the EU granted South Tyrolean bacon the Protected Geographical Indication (PGI) and in 2003, the Italian Ministry of Forestry and Agriculture recognised the Speck Alto Adige Consortium as a protective consortium with 29 South Tyrolean bacon producers.

The main tasks are the quality policy: safeguarding the defined quality criteria for all production steps as well as the production techniques stipulated by the EU. Strict attention is paid to the correct use of the ‘Speck Alto Adige PGI’ brand in the protection of trademarks. Promotional activities such as trade fairs or the Speck Festival in Funés (since 1999), which has since become well-known throughout the country with its annual coronation of the Speck Queen, are also part of the goals. Close cooperation is maintained with the Autonomous Province of Bolzano, the Ministry of Forestry and Agriculture, the independent control institute Istituto Friulano Controllo Qualità (IFCQ) and the IDM South Tyrol to ensure that these tasks can be accomplished. Andreas Moser has been the president of the Speck Alto Adige Consortium since 2013. 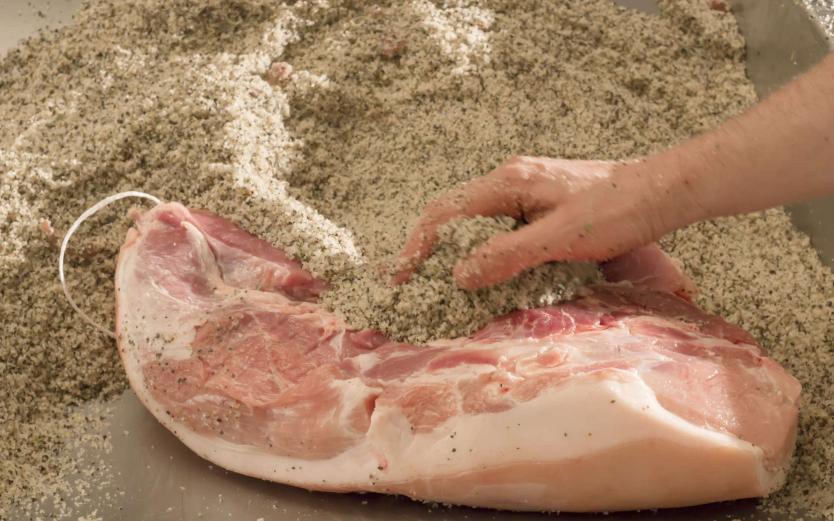 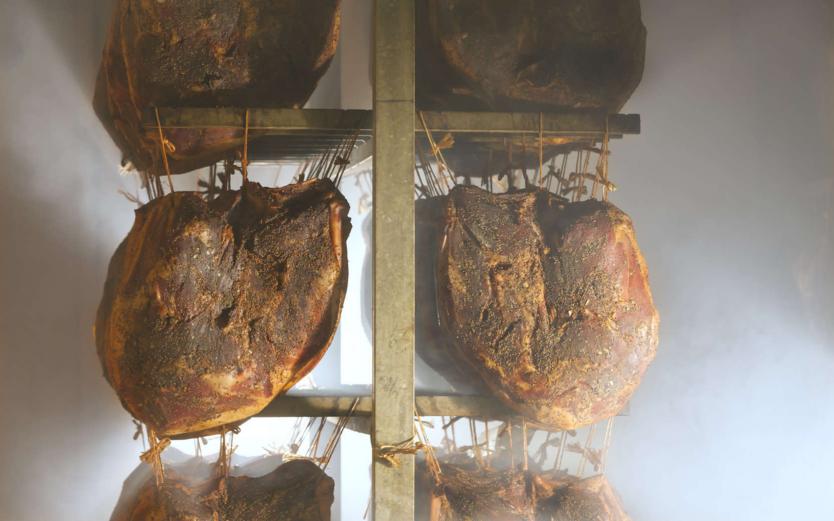 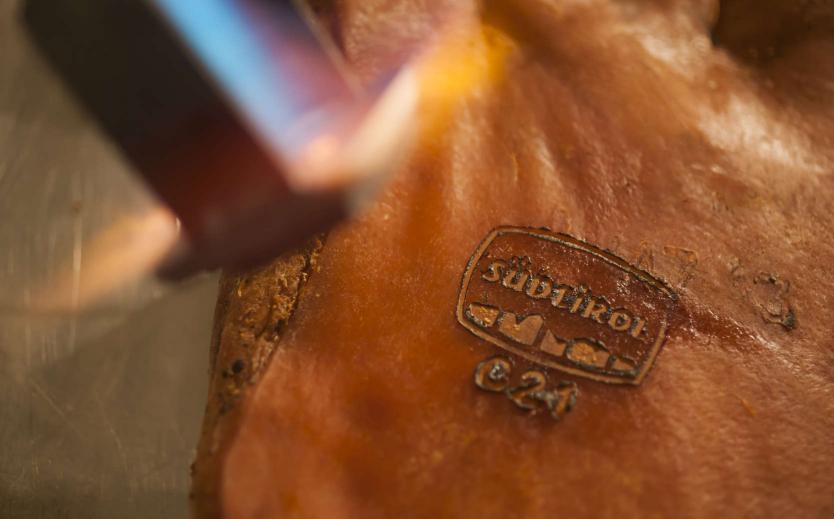 How the typical Speck Alto Adige PGI is made

South Tyrolean Speck PGI owes its typical taste to its origins in South Tyrol; a place where Alpine and Mediterranean cultures collide, plus the added benefit of a climate that enjoys more than 300 days of sunshine a year and lots of pure, fresh air. Of course, the passion and dedication of the producers, their skilful combination of smoking and air-drying and their use of special seasoning blends (based on age-old family recipes) are also absolutely crucial.

The term ‘Speck’ has been used in South Tyrol’s historical records since the 18th century. Bacon was once produced for practical reasons, quite simply to preserve meat. Most of the slaughtering took place during the Christmas season, which meant that people had a ready supply for the entire year. The spice recipes were kept secret in every family even back then. When making bacon, there is one simple rule: low salt, little smoke and plenty of air.

And how the typical Speck Alto Adige PGI has made it from simple peasant fare to the award-winning cuisine of South Tyrol and beyond. 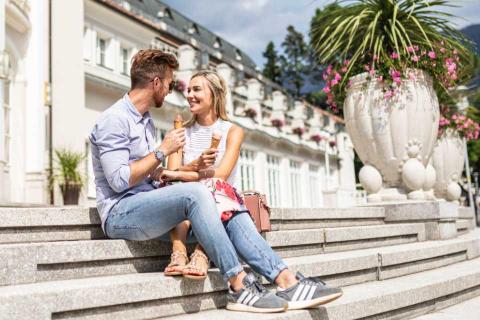